Some Commonly-Prescribed Medications are on the Controlled Substances List. Here are Several that Require a Check with the PMP. 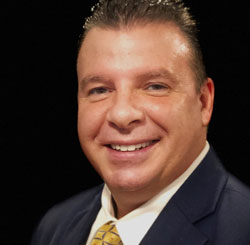 March 1st was the deadline to prepare your office for the Texas Prescription Drug Monitoring Program (PMP) mandate.

The law requires prescribing doctors to review a patient’s prescription history through the Texas PMP prior to writing prescriptions for opioids, benzodiazepines, barbiturates, or carisoprodol (Schedule II-V). (To register with Texas PMP and learn more about the Texas PMP law, visit the official site for the Texas Prescription Drug Monitoring Program.)

By the end of the year, a second law will go into effect that requires electronic prescriptions (ePrescription) for all controlled substances.

You might be surprised by several medications on the controlled substances list. Here’s a quick review of some of the more commonly prescribed ones that require a PMP check.

These drugs are controlled at the highest level for substances with an accepted medicinal use in the United States.

Drugs in this category are defined as having a moderate-to-low potential for physical and psychological dependence.

These are understood to have a low potential for abuse and low risk of dependence.

These drugs have the lowest potential for abuse and consist of preparations containing limited quantities of certain narcotics.

Note the PMP doesn’t tell you whether to prescribe or not. Instead it provides the patient’s history so you can make an informed decision. The PMP is able to provide email notifications when the system finds evidence of suspicious activity.

Unless you have a one-step software tool to access the PMP, you’ll need to manually note the PMP check in the patient’s chart. There are software services available which integrate PMP access with your practice management system and offer ePrescribe functionality. iCoreRx + PMP is one that offers a substantial discount to TDA members.