The Importance of a Well-Managed Insurance Participation Strategy: A Case Study 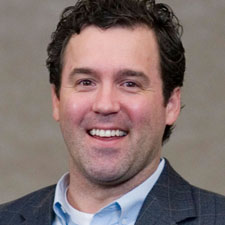 In today’s PPO-driven world, dental practices are faced with new and evolving challenges. Post COVID, the labor market for experienced dental staff remains tight and wages have increased. PPE costs endure; and for many, demand has yet to return to pre-pandemic levels. Meanwhile, some insurance companies are more aggressively pursuing cost cutting measures to provide employers with cost-effective dental plans.

To compete for patients and to build a financially healthy practice, developing, implementing, and managing an insurance participation strategy is critical.

To illustrate what an insurance participation strategy is and why it’s so important, let’s cover the basics as we dive into a real-life case study of a Texas practice in a suburban metropolitan area—we’ll call it PPO Family Dentistry.

The results achieved for PPO Family Dentistry were accomplished through the work of Five Lakes Dental Practice Solutions, a company that helps practices maximize reimbursements. But there is much to be gleaned from understanding the reasoning and process behind the highly successful strategy and its implementation.

Before an insurance participation strategy could be developed, PPO Family Dentistry’s market needed to be researched. The practice was in a mature community with a diverse population. Educational attainment and income levels were below national average—nearly 50% of households earned less than $35,000 annually.

The other dental practices in the community were likewise heavily participating in-network. The eight closest general practitioner offices participated in 12 plans, on average. Many also employed multiple doctors including a number of corporate dentistry outfits.
Given the area’s demographics, Medicaid was very prevalent; but Delta Dental, Metlife, BCBS TX and Aetna controlled the largest market share in the community.

There are many things to consider when analyzing a practice. In this case study, we highlight two focus areas. Yet, in preparation to analyze a practice, it is important to note that a successful analysis requires good, clean data from your practice management software.

PPO Family Dentistry had an extremely strong number of new patients, averaging over 60 per month. Yet the rate at which patients returned for a recall appointment was unacceptable. The practice management system was not kept current as the software listed over 15,000 active patients. However, based on an analysis of practice production, the office treated less than 3,000 patients per year.

Further, payer documentation was quite varied. Aetna was listed as a carrier 17 different ways; from Aetna to Aetna Healthcare, Aetna Life Insurance Co., Aetna U.S. Healthcare, and more. Significant effort was required to clean up the practice management system to glean meaningful insight.

Next, the office’s 20 most frequently produced codes were reviewed. When its fees (for those codes) were compared with those charged by competing dentists in the market, 15 of the 20 were below the 70th percentile.

In order to properly analyze insurance, it’s important to understand all options. You should evaluate all payers—whether you’re in their network or not. In addition to Delta, Metlife and United Healthcare there are many regional networks, lease-able networks, discount plans and third-party administrators (TPAs). When contracted, collect the current fee schedule. If you’re not contracted, solicit an offer. A thorough objective analysis will compare your practice’s most important codes across fee schedules.

In PPO Family Dentistry’s case, it had a number of market-rate fee schedules and a few custom ones.
Many payers have multiple networks, so it’s important to understand the breadth of your participation and confirm your participation status: are you in-network or not—and with which networks?

II. The Strategy and Results

Upon deep digging into the market, practice, and payers, it was discovered that the practice had an average PPO discount of 37%. As the strategy took shape, the practice determined it wanted to accomplish the following:

The first effort to define a PPO participation strategy—and the results it brought—were as follows:

Let’s review how the practice managed and evolved its participation strategy and the outcomes over seven years.

The above improvements were implemented in the first 12 months. After the first year of following this PPO strategy, the financial impact yielded a $48,500 annual revenue increase–approximately 2.5% of the practice revenue.
It is important to note when a practice improves its reimbursements, the incremental revenue flows through to the bottom-line—net of any extra costs incurred to achieve the reimbursements. Using the Kodak study, if the practice has an operating margin of 35%, the value of earning $48,500 in incremental revenue is equivalent to producing more than $135,000 of additional dentistry. Further, this financial windfall occurs every year.

More patients and better recall multiply the benefit of higher reimbursements—a win-win proposition.
Through efforts to continue negotiations, the practice was presented with a new opportunity to optimize another plan through a partner on a custom fee schedule. The negotiation resulted in a fee schedule that provided a 24% increase over their contracted schedule. However, the office declined to exercise the option due to timing. This is a good example of a strategy unfolding over time because immediate implementation may compete with other priorities.

One of the important parts of managing a PPO strategy is to evaluate the results of decisions. With a full year of active PPO management, the practice could look back and calculate a return on investment from the initial decisions to change participation status.

In year three, PPO Family Dentistry took advantage of the aforementioned optimization, which was worth over $15,000.

Negotiations were particularly fruitful in the third year, as timings aligned and the practice continued making meaningful progress toward its objectives. Four companies provided offers ranging from 4.3% to 13.2% increases. Negotiations with these payers resulted in decisions to further consolidate participation through umbrella plans, resulting in another $3,250.

At the same time, the practice grew recall exams by 33% that year, while new patients remained steady at just under 50 per month. Things were looking up!

The practice also completed a project to clean up old records in the practice management system. Active patients were reduced from over 15,000 to just shy of 2,000 patients with a last visit date in the calendar year of 2016.

Value created from managing and optimizing the PPO participation strategy in year 3 was an additional $19,564. Three years in, the practice was generating nearly $80,000 of incremental revenue annually.

During these years, the practice leveled off. It revisited office fees and adjusted them slightly higher. Negotiations continued as eligible. Of note, the practice negotiated a 16% increase that resulted in another $19,000 annual increase.

With a stable base, PPO Family Dentistry decided to leave several more plans. The outcomes of these decisions were of relatively low impact.

The payer landscape continued to evolve at a faster pace. Many new relationships between payers were announced, so there was significant work involved to defend the PPO strategy. Proactively opting out of one of the relationships saved the practice from a potential 25% reduction in rates, or nearly $10,000 annually. New partnerships resulted in two more optimization opportunities which, when implemented, provided additional incremental revenue.

In 2020, the office decided to terminate another network. This reduced plan participation to just 7 direct contracts (down from 13 in 2014). Later that year, the doctor sold the practice to retire and enjoy life.